I love hearing stories of people who are living their dream. Whether it's a dream they've carried since they were young or a fresh, new, adult-onset dream, it's inspiring to watch someone do what they love.

My big dream is generally the same as most people...to make a difference in someone else's life (and the more someone else's, the better). I want the planet to be a better place because I was here. I want to know I lived out my purpose for being alive. More specifically, my dream is to see women, especially the most vulnerable and marginalized, THRIVE. Over the last 10-12 years, I've seen a handful of things concerning women that have broken my heart. Things like:

That's why I'm all about Bloom Home Cleaning. The whole idea is to empower and support women so they can succeed in every area of their lives...financially, emotionally, relationally, spiritually. It's social entrepreneurship at its best because it's all about providing relationships for women that will provide support and encouragement, but also challenge and push them forward.

I think, for the first time in my life, I can see the beginnings of my dream becoming reality. And guess what. It's not nearly as glamorous as one would hope. I'm sure anyone who's living out their dreams would say the same thing. The hard work of making the dream a reality usually overshadows any glamour that may come along. I came across a great quote today in the place where all of the most inspirational thoughts of human history are pooled together. Twitter. "Most dreams don't cost money. They cost sweat." Thank you, @prodigaljohn for putting into 8 words the struggle battle all-out war I live every day. I'm finding that when you're trying to live your dream, most days feel mundane and insignificant. Like when you're scrubbing a toilet for the 152nd time. You just have to keep reminding yourself that there's a point to all this mundane-ness. There are lives to be changed. There's a dream to live, baby!

Ultimately, the big dreaminess of the dream makes it worth it. What's your big dream?

If you've ever met Corban, my sweet 6 year-old baby girl, you will not be one bit surprised by what I am about to tell you. Corban's world is made up of absolutes. To her, things are obviously black or white, right or wrong. There is no gray area, no middle ground. She stands firmly for justice and truth...even if she's the only one who believes a particular thing to be true.

And that's why she has stories like this from AM Kindergarten...

We don't know all the details, but apparently there was some sort of misunderstanding at the Art Center today. We know it involved a clothespin with another little girl's name on it and Corban being blamed by that girl (who is actually one of Corban's best friends in her class) for the unauthorized moving of said clothespin. I don't know how much investigation was done by the girl to find out who committed such a heinous Kindergarten crime, but she decided Corban was responsible for moving her clip and was not down with that. The interaction that followed went something like this (as reported by Corban):

Girl: "Corban, you moved my clip! We are going to fight. Next Thursday. 9 o'clock in the morning. Bring Band-aids."

The teacher then jumped in and told the girl that she had moved the clip. So the girl shook Corban's hand and said, "Fight's off!"

And they all lived happily ever after.


When Corban told us this story at dinner tonight, I probably should've said something about how fighting doesn't solve anything. Or at the very least, pointed out that she doesn't really know karate. But I was laughing so hard I was crying. There was no chance of any kind of meaningful discussion on my part. Plus, I know her well enough to know that she knows her version of the truth and no amount of talking will change that. In her mind, she was wrongly accused and threatened by a kid with inferior fighting skills. She was just telling the truth about who was going to be needing the Band-aids next Thursday morning at 9:01. When she told her Daddy the story, she said, "You know, I've never had any classes, but I am good at Karate." Mmmm hmmm.

Don't mess with this one. 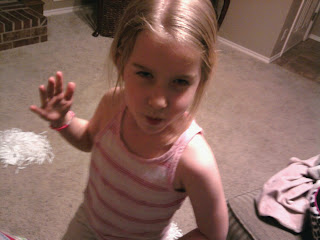 Oh, and if you're thinking of discussing this the next time you see her, I would strongly discourage it.
Posted by Susan Crawford at 10:17 PM 5 comments:

On this day 14 years ago, Ron & I welcomed this little guy into our family (I did most of the work of the welcoming) and we immediately fell head- over-heels in love with our sweet boy, Gage. 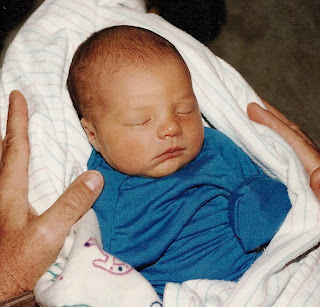 In the blink of an eye, he grew from this... 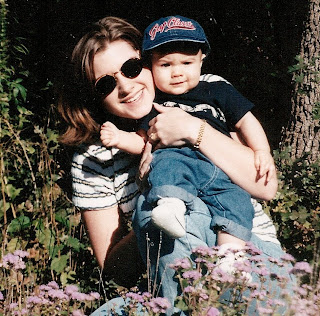 to this perfect little pudgy thing. And then... 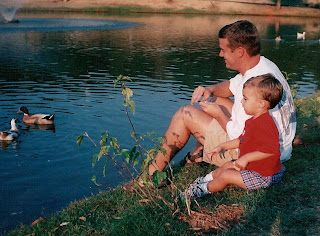 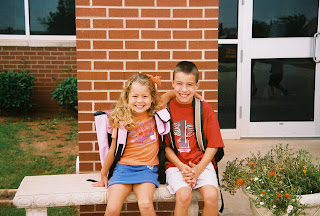 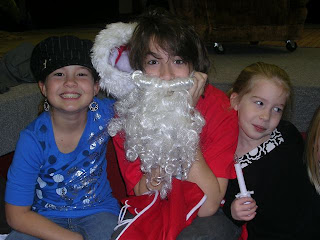 He will do just about anything to make people laugh and/or roll their eyes
(especially the sisters). 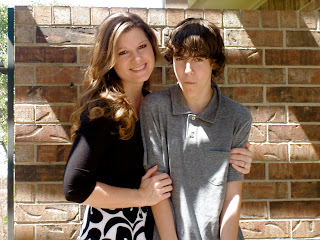 He's nearly man sized and always wants me to wear flat shoes because he's officially taller than I am when I'm not wearing heels. And as you can see, he absolutely refuses to give a decent pose for a picture. This was try number 6, I think.

On several occasions, people have asked me what it's like to parent a teenage boy. They usually say it through gritted teeth and have a sneer on their face like, "How bad is it really?" Honestly, the thought used to scare me, too. And looking back over my own early teenagehood didn't make me feel any better (I turned it around by age 16, thank the Lord!). But the truth is it just keeps getting better and better! Just like every other stage of your child's life, you figure it out as you go. You make mistakes and swear to fix it on the next kid. But I have to say that teenage boyhood is the MOST FUN for this mama so far. He's walking in this weird little space between being a kid and being an adult. One minute he's doing flips on the trampoline and the next he's making decisions about what he wants to do with his life and filling out his High School enrollment form accordingly. He's chosen to take Latin next year, by the way. What in the world?! He constantly amazes me & Ron with his generosity and the way he handles his friends and peers with such care. He has always been compassionate, but we've seen it grow so much in him over these 14 years that now it just oozes out of him. He's a massive introvert and the biggest home body I've ever seen. He's also hilarious and way too smart for his own good.

Gage has done plenty of things to make me proud of him, but the thing I'm most proud of is his heart. I can see who he's becoming. I love him and like being with him more every day.

I remember one night when he was just a couple of weeks old. I was sitting on the couch, holding him and staring at every perfect thing about him because that's what new mommies do. And it hit me like a knife through the heart....

He's going to go to college someday and leave us! What will I do? I won't EVER be ready for that!

I burst into tears! I cried and cried until Ron came in, probably wondering what crazy postpartum thing he was going to have to deal with now. I told him what was wrong and he talked me down by saying something profound like, "It's gonna be ok. We've got a little time with him before he goes to college."

And now, here we are in this place where we mark time by how many Spring Breaks we have left with him. Four. Not nearly enough.

Happy 14th Birthday, Gage. You'll never know how much we love you. We're gonna spend the next four years trying to show you, though.
Posted by Susan Crawford at 6:57 PM 1 comment:

Well, here I am in the blogosphere. I've been thinking about starting a blog for a while, but haven't for several reasons, most of which boil down to the fact that I'm an over-thinker.

What am I going to write about?

When am I going to have the time & energy to write it?

Who would possibly care to read it?


I've spent several months (yes, months. Over-thinker.) thinking through these questions and have actually had several ideas to write about, so that takes care of the first question. The second question is a little more sketchy and probably will be until my last kid goes to college, so I can't really use that as an excuse. As for the last question, I ended up with two answers:

1. I absolutely LOVE to read other people's blogs! And my favorite ones are about real life and relationships and mom stuff, so if everybody else on the planet can write about their ordinary lives, then so can I, right?

2. I realized that it's really ok if nobody ever reads this. I want this to be a place where I can process and wrestle with stuff in a more substantial way, which is a really healthy discipline for someone with my personality type.


So, after talking myself through those issues, the next step was to actually set up the blog, which is way harder than it sounds because all the good names are already taken. But when "Dreams Are Blooming" was available I knew it was the perfect name for my life journal. More on that later. :)

Now the next step is crucial: MAKE THE BLOG CUTE! Also way harder than it sounds (remember the over-thinking and throw in endless template and color scheme options, headers, footers, separators, backgrounds, etc, etc, etc.) I finally settled on what you see here after my fashion adviser (Jacey, my super cool 11 year-old daughter) gave her seal of approval.

The only thing left was to actually post something, so after proofreading and hitting the delete button about 428 times, here we are!

I feel like I've accomplished something monumental today! Thanks for sharing it with me.