The Silver Lining of Loserville 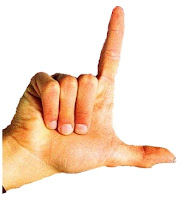 I recently got my scoresheets back from the first writing contest I entered. Surprise...I didn't win. :-)

Let me just say, I have a whole new appreciation for anyone who creates something, then has the guts to release it into the world. It is a horrifying experience, but one I'm thankful for.

My entry was judged by two anonymous authors. Judge #1 gave me very high marks (we love her!). Judge #2 gave me very low marks (haters gonna hate). I've had some time to process, have an emotional breakdown, then come back to rational center. Now I can see how incredibly valuable each judge's feedback was.

I opened Judge #1's sheet first and it's a good thing I did. She made positive comments all over the place and gave me the kind of encouragement I really needed at this point in my journey. She also gave constructive feedback about specific areas she thought could be improved. Overall, Judge #1's comments helped me believe in myself and quiet that voice of doubt that had been whispering things like...

The judges are going to laugh at how awful your entry is.

They'll probably save your piece to use at conferences when they need a hilarious example of how not to write.

You're like one of those people on American Idol who says "My mama thinks I sing better than anybody else on the whole planet!" And then Simon tells them it was rubbish and that their mama's a tone-deaf idiot. (this one was honestly my biggest fear in entering the contest)

Thank you Judge #1 for helping me quiet those voices.

Then I opened Judge #2's sheet. She had nothing good to say about anything until the very end when the scoresheet specifically asked for her favorite part of the entry. And even then, she only mentioned one little sentence and said "Good detail." Meh. I had two solid pages of feedback consisting of comments like boring, not buying it, cliche, needs more grit, just commit and paint the picture, make me care about these characters. Okaaay then.

After I yelled at Judge #2 for a while, I went through and tried to look at every remark objectively. Even though it was painful at first, I had to admit that while I needed the emotional encouragement of Judge #1, following Judge #2's suggestions would make my story stronger which is ultimately what I want. I mean, if I can rewrite that thing and make Judge #2 love it, then there's a much better chance that other people would love it, too. Right?

So, I picked out a few things to keep from my original entry, then scrapped the rest and completely rewrote it.

And guess what. It's soooo much better.


So the upside of being a big, fat writing contest loser is...

1. Actual people read my work, criticized it and I didn't die.

2. The criticism pushed me to become a better writer. Go figure.
Posted by Susan Crawford at 11:30 PM No comments: