This song is speaking to me, especially today on Good Friday. I've asked God this question plenty of times...
Where were you?
And He answered with the most mind-blowing, powerful display of love and mercy the world has ever seen.
I feel unworthy.
And so very thankful.

How about you? Have you ever felt this way? How is your heart being stirred during the Easter season?
Posted by Susan Crawford at 9:19 PM No comments: 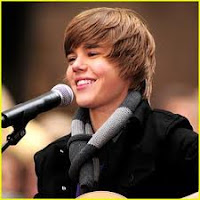 I recently took my tweenage daughter and a couple of her bff's to see the critically-acclaimed Justin Bieber movie Never Say Never. Now, I can stand a little Bieber music on the radio. I've even been known to sing along with the kids in the car, but I really wasn't looking forward to two solid hours of Beiberiffic concert footage. In 3D.

But, I was pleasantly surprised. It wasn't just concert footage, but the story of how he went from regular kid to mega teen heartthrob music spectacular guy (I think that's the title on his business card).  It was a really great story, and I walked away inspired by a kid who chased a dream and caught it.

Here are a few things that stood out to me...


It takes years of hard work to become an overnight success.
From the outside, it's easy to assume that Justin Bieber posted a video on YouTube and BAM! a music bigwig saw it, signed him to their record label, and the rest is history. In reality, he became a music student at a very early age and continued to learn and improve his craft. Then he started entering local music competitions and performing at every possible opportunity. After he landed an agent, he played waterparks and traveled all over the country to play at radio stations until he finally convinced them he could sell records (the stations didn't want to play music by a "little kid" because they said he wouldn't have a big enough fan base).  Then, after all that hard work and persistence, he became what seemed to be an overnight sensation with gajillions of young girls screaming and fainting for him. If he hadn't put in all the hours of work, he would still be a regular kid.
(This makes me think of the "10,000 hour rule" in Malcolm Gladwell's Outliers. If you haven't read it, you should.)

Don't underestimate the power of social media.
Social media is a crazy phenomenon and it played a huge role in building Justin Bieber's fan base. He started by posting videos on YouTube. He began to gain a following and that's where his agent discovered him. Later, when he was playing all those waterparks and radio stations, he would tweet about where he was going to be and invite fans to come see him.  One day, ten little girls showed up outside one of the radio stations. Twenty little girls showed up at the next one. Then forty. And the crowd kept growing until he played in a mall somewhere and the fire marshal had to evacuate the place because there were too many people. And then the radio stations decided he might have a decent fan base after all and agreed to play his songs.
So if you're trying to build a platform or a brand or a fan base, you should be maximizing your potential by using social media. BUT... Use it as a way to genuinely connect with people. Don't just use it to promote your latest product. People hate that. They want to connect with you and like you, then they'll buy your stuff because they've had positive interactions with you online.
Follow your passion.
When you take away all the fancy trappings of Justin Bieber's current lifestyle, you get a kid who simply loves music. I am firmly convinced that we should do what we love. We live in the age of opportunity, so no matter what your passion is, you can make a living doing it. You want to be a glass blower? Do it. Do you love Halo so much you want to marry it? There's a way for you to make money at it. Be an artist, a marathon runner, an entrepreneur. I don't care what your dream is or how crazy it seems. It's your dream for a reason and you should chase it with everything you've got.  It will take a lot of hard work, but won't it be worth it to get to the place where you can say, "I'm living my dream!" Go for it!
(Check out this post by Jon Acuff and this post by Phil Cooke about dream chasing.)


Never. Say. Never.
Justin Bieber had a dream to play at Madison Square Garden for a sell-out crowd and he constantly told his agent, "I can do this." Dream big and believe in yourself. If you say it will never happen... it won't.

I guess this post is evidence that I've officially caught the Bieber Fever. Help.
Posted by Susan Crawford at 11:05 AM No comments: